My name is Rick Raddatz, CEO of Instant Teleseminar.

You can have the greatest technology in the world, but if it doesn't take your marketing to the next level... it's a dud. Obviously any successful marketer agrees that marketing drives profits. Right?

That's why I've built businesses that marry technology to proven marketing strategies. That means creating products anyone can use to get leverage, exploit their online market, and turn a dream into profits. Especially if they work in small businesses, or even alone as a "solo-preneur."

I'm best known for creating super easy-to-use software that makes everyday online marketing tasks a breeze. Tens of thousands of happy users will attest to it. But Instant Teleseminar tops them all.

It all began when I met David Lawrence and Marc Frajola...

Among other things, David served as the FreeBSD Principal Architect and was a major force in the development of the FreeBSD OS kernel. He was also actively involved in FreeBSD Project Management as a member of what was called "The Core Team." 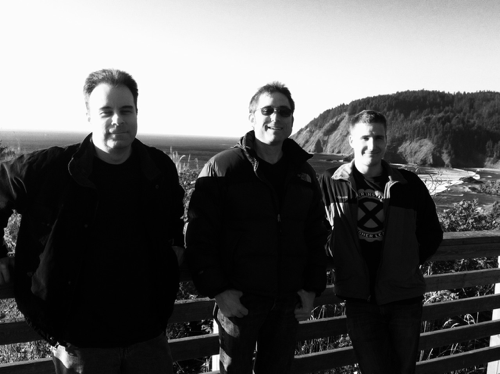 When I met David and Marc, they were partners in a business called Download Technologies, a successful business that continues to this day.

Download Technologies specializes in ultra high volume Internet file hosting services, serving about 4 million file downloads per day from servers at three major locations in the US. Notable clients have included Streamcast - the people behind the Morpheus file sharing software.

The point is, David and Marc are the go-to guys if you're creating something BIG. And that's why they are my partners with Instant Teleseminar: you can rest assured, its trouble-free and infinitely scalable.

Another key player in the growth of our company is Jon Brown, leader of our tech support team, which he runs with our newest team member, Joe Carrillo. Jon and Joe help customers who are just getting started, as well as seasoned pros looking for a few tips to take things to the next level. These guys are the customer champions who not only solve immediate issues, but also help us prioritize new feature development. 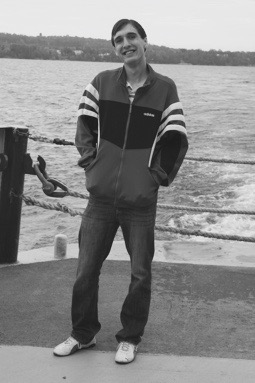 But Jon doesn't just take customer calls. In a small company, there's plenty of opportunity to grow in any area you'd like to contribute, whether it's marketing, sales, or (especially for us!) web development.

As a front-line support rep, Jon sees the challenges our customers face on a daily basis. What better way to fix confusion and improve the overall experience than to tinker with the code directly? So that's exactly what Jon's done: he taught himself web programming, and in the process, he's contributed to hundreds of enhancements and dozens of features over the years. Of course, that's led to even bigger development projects, and now Jon's moving into development on a nearly full-time basis.

And that brings me to our "secret weapon:" Craig Giffen.

Craig's a web developer who's circumnavigated Australia by bicycle and hiked the Pacific Crest Trail—TWICE. Craig's specialities include the front-end engineering for Web Call, our upgraded slides system and new chat features. Craig makes sure that you and your audience have a top-notch experience, whether you're on a small call with your team, or a huge preview call with thousands of prospects.

But Craig's got plenty more goodies coming, as you can see by the design documents he's holding in his hands. I'd let you know what he's working on, but then that'd ruin the surprise, wouldn't it?

So, what's all this mean to you?

Simple. When you combine smart, easy-to-use marketing software with infinite scalability, you get breakthrough solutions you could never outgrow.

Together, we're building revolutionary technologies that distinguish you from the loud clang of constant marketing noise.